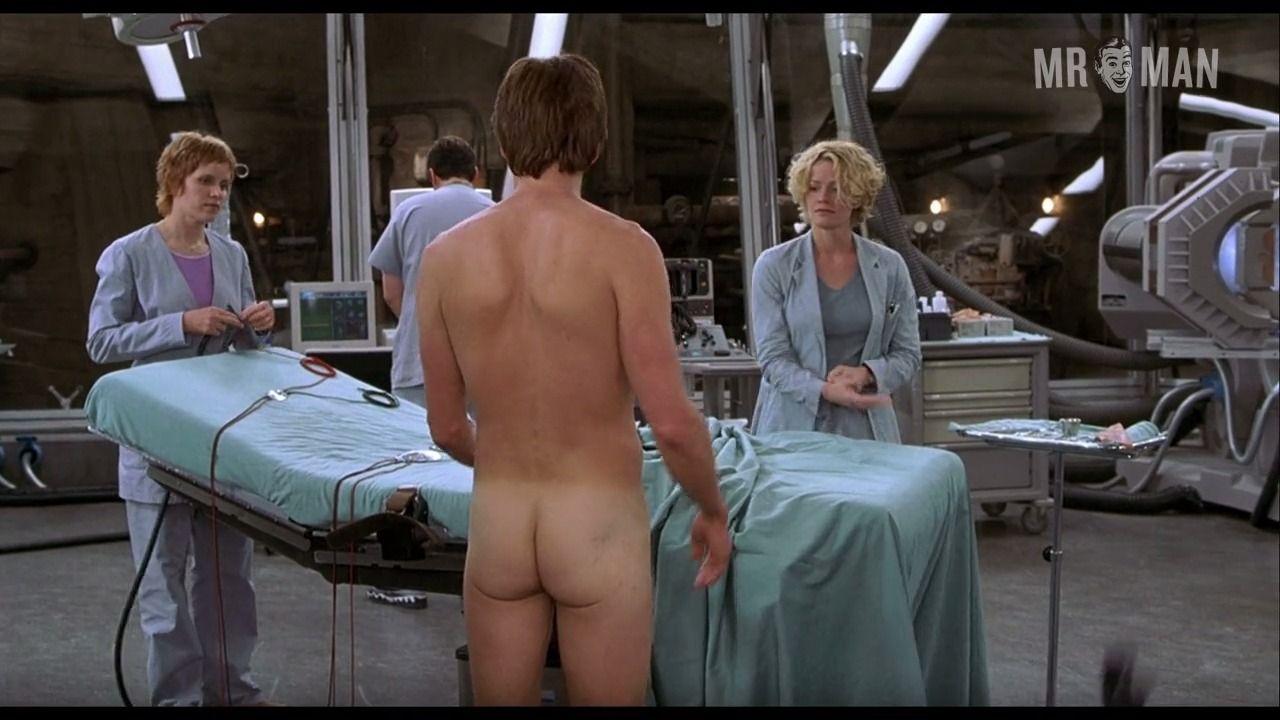 Hollow Man (2000) is a perverse updating of the classic invisible man horror yarn. This time scientist Sebastian Caine (Kevin Bacon) develops and ingests a potion that makes him invisible. Even though the elixir works, Caine didn’t factor in the side effects and how to reverse them. The invisible scientist goes insane, and begins pursuing his former girlfriend Linda (Elisabeth Shue) and her new beau Matt (Josh Brolin) in a maniacal rage. Bacon is no stranger to nudity. Thankfully, the handsome actor has always been footloose and free with his flesh. As Kevin readies himself for the invisibility-inducing experiment, the sexy scientist disrobes and shows his slab of bacon, along with his bacon strip. This hollow man will have your man hard.