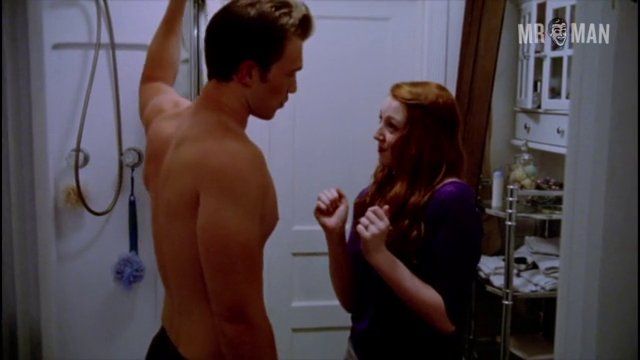 In the Hell of Dixie (2016)
Nude, butt, penis, balls, shirtless 01:03:00 Ryan Chase Lee has no trouble heating things up in a cold shower when we see his dreamy tan line and even some side package!
advertisement

In the Hell of Dixie (2016) is a horror flick that takes us deep into the woods of southern Louisiana where a masked killer is hunting down and killing members of a hunting club. A local police deputy is investigating the murders when he finds himself a suspect. Now he must stay one step ahead of the killer and the sheriff while he tries to solve the case and stay alive.

Russell G. Graham II plays one of the potential victims. We get to check him out shirtless as he hides behind a building wearing nothing but some tight jeans. Ryan Chase Lee lets it all hang out and when he strips down and jumps in the shower. We see him shirtless at first then he whips off his pants and gives us a glimpse of his dick and balls while stepping into the shower. As he stands there we get a very nice view of his fine ass!