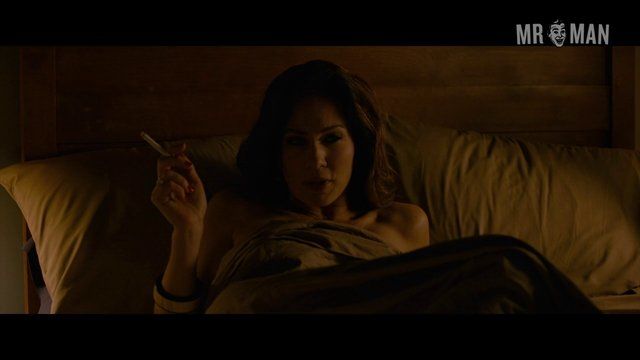 Lost In The Sun (2015)
Sexy, underwear, shirtless, bulge 00:58:00 Josh Duhamel hangs out in his undies while talking to a woman, giving us a prolonged side profile view of his gorgeous bulge.
advertisement

Lost In the Sun (2015) has a little bit of everything: Part drama, part crime thriller, part coming-of-age-but-with-a-touch-of-Stockholm-Syndrome tale, and part John Duhamel Bulge, it follows a crook (Duhamel) as he enlists a teenage orphan to help him commit crimes. Basically, it goes a little something like this: John (Josh) shows up at a funeral for a 14-year-old boy's mother. The boy will be sent to New Mexico to live with his grandparents, so John offers him a ride there with more sinister intentions in mind. He teaches the boy to drive and shoot a gun, then employs him to commit crimes while they meander—you guessed it—under the sun. The two end of forming a pretty powerful bond, though at times the boy feels trapped. Luckily, they are headed toward New Mexico... we think. At least we have Duhamel in whitey tighties to ease the suspense.