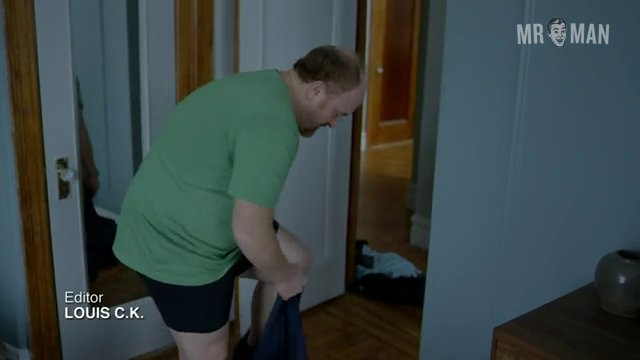 Louie is a single camera sitcom that first aired on FX in 2011. It was created, written, directed by, and starring Louis C.K., a stand-up comedian who toiled for years as what's commonly known as a "comedian's comedian," (basically meaning someone that other comedians respected, but who never attained the fame he deserved). Louie is loosely based on his life as a single father to two young girls as he navigates the world of stand-up comedy, and occasionally dating and casual sex. And while Louie will have you laughing your ass off, there's nothing funny about seeing some ass (and balls and peen!) from Louis himself, as well as buns from distinguished dude Jim Florentine.