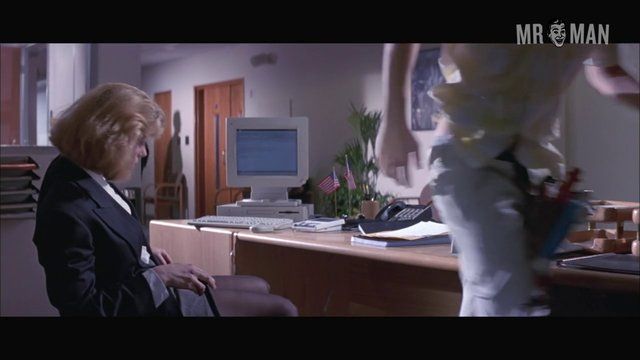 Hackers (1995)
Nude, butt 01:10:48 Handiman Matthew Lillard doesn't get all his hardware back in his pants when he emerges from underneath a desk.
advertisement 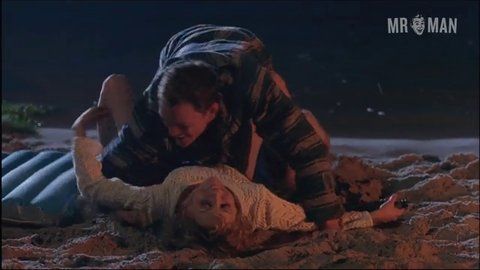 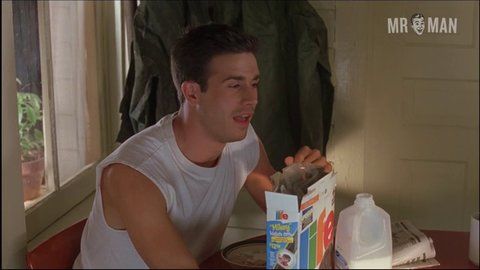 We’re not surprised that tall and tempting drink of water Matthew Lillard was born in Lansing, Michigan, because when Matthew is on the screen, lancing is just about all we can think of. Matthew’s acting career got off to a bit of an unusual start. The summer after he graduated high school, Matthew was hired on as an extra for the horror-comedy schlockfest Ghoulies III: Ghoulies Go to College (1991). But the experience affected him deeply and soon Matthew got himself cast as the MC of the Nickelodeon kids’ show SK8 TV. Obviously, he kept his dickelodeon in his pants.

Wanting to take his acting to the next level, Matthew enrolled at the American Academy of Dramatic Arts in Pasedena, California, where he was classmates with the mouth-wateringly yummy Paul Rudd. We would have liked to have been the R.A. in that dorm. And by “R.A.” we mean “Rod Attractor.”

Matthew’s first real film role came in 1994 when he was cast in the John Waters comedy Serial Mom. Soon Matthew had major roles in movies like the meta-slasher flick Scream (1996), the Penelope Spheeris comedy Senseless (1998), the cult classic SLC Punk! (1998), and the horror remake Thir13een Ghosts (2001). In 2002, Matthew was chosen to bring the beloved cartoon stoner Shaggy to life in Scooby-Doo. We’ll eat Matthew’s Scooby snack any day!

5 Pics & 1 Clip
Nude, butt 01:10:48 Handiman Matthew Lillard doesn't get all his hardware back in his pants when he emerges from underneath a desk.