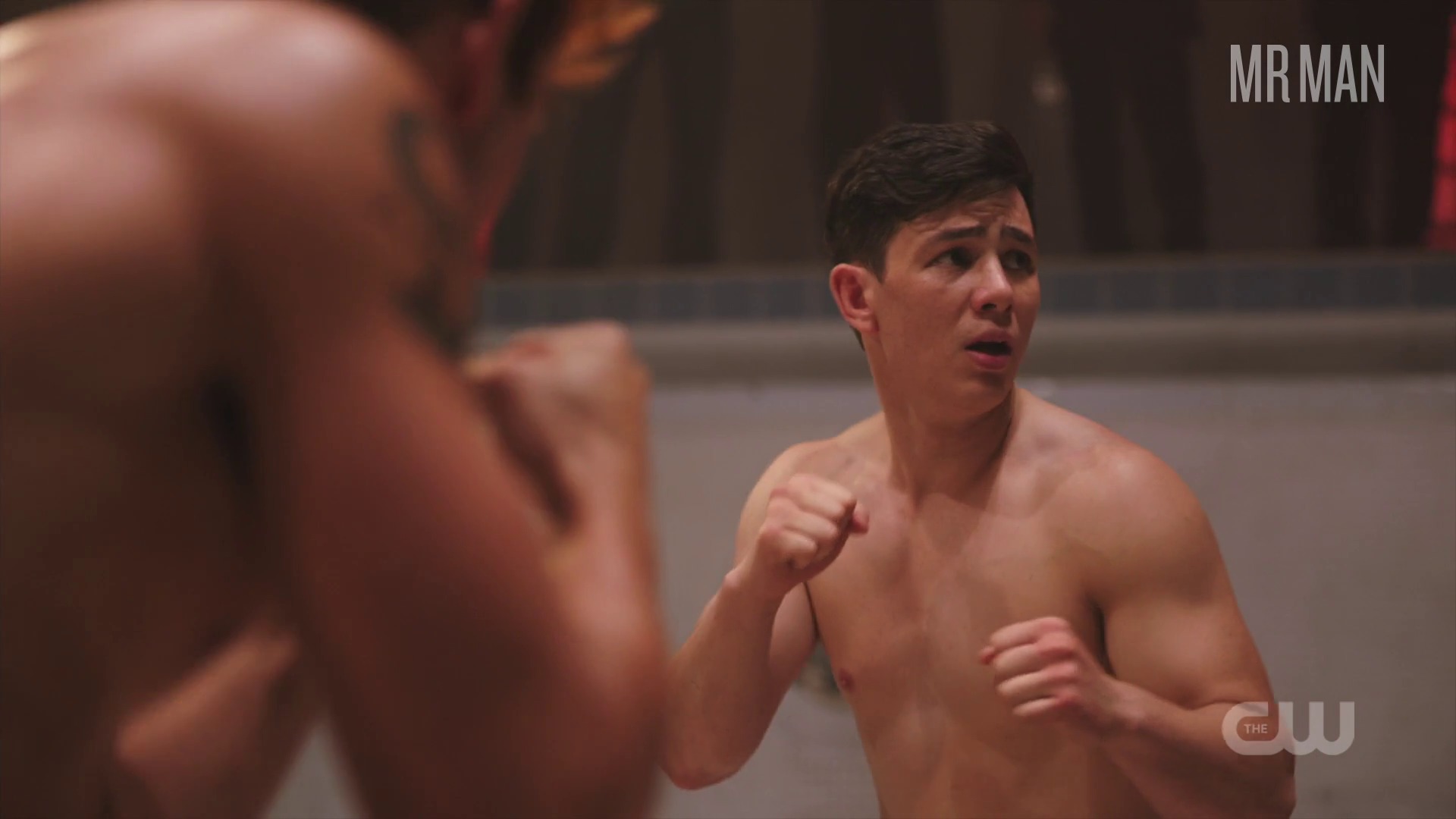 Mig Buenacruz loves action. Always a fan of sports, stunts, and doing daring things, Mig seemed destined to be a stuntman in Hollywood. In 2016 he landed his first stunt job in an episode of The Detour. Since then he has done stunts on movies like Deadpool 2 (2018) and TV shows like Arrow. In recent years he has begun auditioning and has landed a few small acting parts. A shirtless Mig in an episode of Riverdale will give you an action sequence in your pants. We see Mig and another hot guy fighting while shirtless. A sweaty, fit Mig looks amazing showing off his nice abs and upper body.