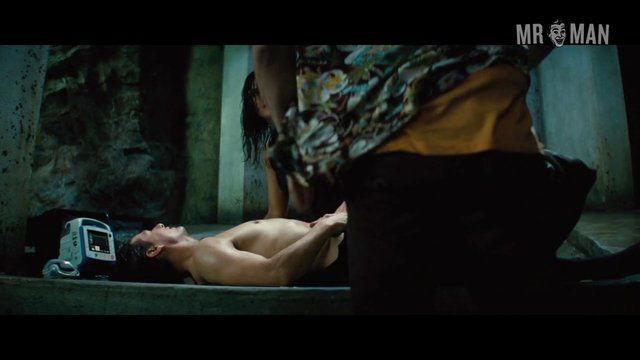 Mission: Impossible - Rogue Nation (2015)
Sexy, shirtless 01:49:10 Tom Cruise is soaking wet and on his back (just the way we like him) in this sexy clip!
advertisement

Love him or lust him, pocket crazy Tom Cruise is one of the few actors able to keep the box office bucks pouring in throughout multiple decades. The popular Mission: Impossible franchise began in 1996 and when combined the gross for all five flicks, adjusted for inflation, is over $1 billion dollars. Mission: Impossible – Rogue Nation (2015) finds hunky Impossible Missions Force agent Ethan Hunt saving the world again, this time from a powerful International organization with skills and technological sophistication that put Ethan’s expertise in ass kicking to the test.

There’ll be an International crisis in your pants after catching some sexy glimpses of Tom’s ageless bod! If Cruise makes you splooge, head to the 12 minute mark to see his ripped bod tied up and then check out the 1 hour, 49 minute mark where he’s dripping wet and lying on his back! Yes and yes.