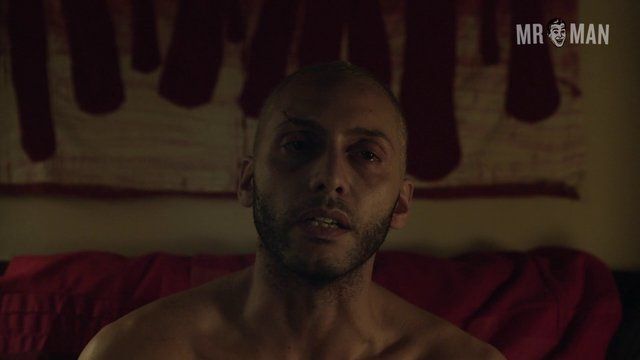 Mr. Robot (2015-2017)
Sexy, underwear, shirtless, bulge Ep. 01x02 | 00:26:30 What's even sexier than a man's bare chest and torso? The bulge under his briefs. Elliot Villar shows us both in this scene as he sits on a couch recounting his youth. The only things we're counting are those abs.
advertisement

Mr. Robot (2015 - ) is a cyber-thriller surrounding Elliot Alderson (Rami Malek) a cyber-security specialist who works protecting multi-national companies’ computers systems by day and takes on the role of vigilante hacker at night. When he meets a fellow hacker online name Mr. Robot (Christian Slater) he is intrigued by his offer to join their group. He must choose between doing what pays the bills and doing what he feels might be best for society.