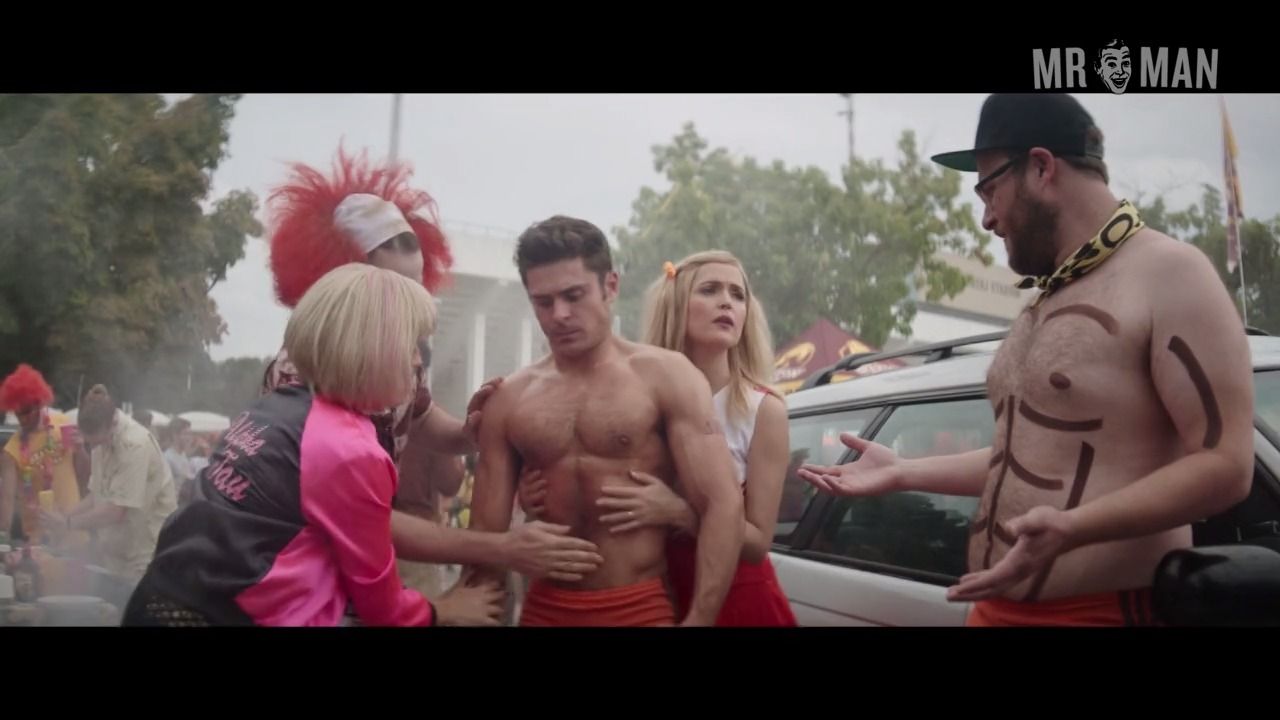 Neighbors 2: Sorority Rising (2016)
Sexy, shirtless 00:45:03 Seth and Zac are shirtless at a party, and each sexy in their own way!
advertisement

Neighbors 2: Sorority Rising (2016) is an American comedy directed by Nicholas Stoller and starring Seth Rogan, Zac Efron, Rose Byrne, Chloë Grace Moretz, Dave Franco, and Ike Barinholtz.  The film follows a couple trying to sell their house before the arrival of their second baby. When a sorority even more rowdy than the fraternity before them moves into the next door house, the couple must team up with their old rival in order to get the sorority out of the picture and sell their house. We get some great nudity from the sexy Seth Rogan and the mouthwatering Zac Efron. Zac and Seth both get shirtless at a busy tailgating event. Zac shows off his perfect pecs and amazing abs while Seth has abs drawn onto his delicious dad bod! Later, Zac performs a super sexy strip tease for the crowd putting his oiled up, muscular body on full display before ripping off his pants and experiencing a little ball slip! (Prosthetic, but we’re still into it.) Later we get a sensual scene in which Rose Byrne (in a cheerleader costume) and Seth bang in bed. Go team!