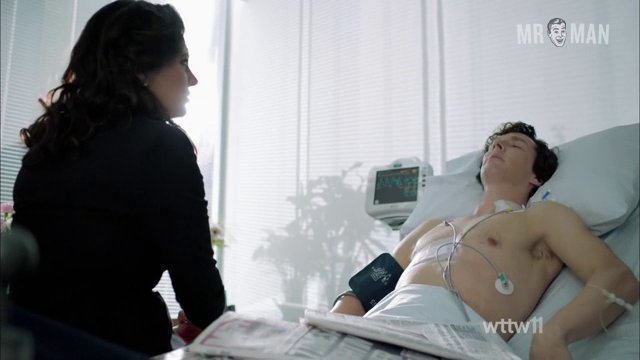 In a modernized reboot of Sir Arthur Conan Doyle’s most popular character, Sherlock  is a British television show following Sherlock Holmes (Benedict Cumberbatch) and his stuffy sidekick Watson (Martin Freeman) as they make their way through twenty-first century London, solving crimes. The crimes are frequent in this detective drama, but the nudity is next to nil. Cumberbatch doesn’t show his pipe, but he does show the top half of his deerstalker in a slightly comedic scene. Even though the flesh is few and far between, the young detective is easy on the eyes and pleasing to think about with your hands between your thighs.