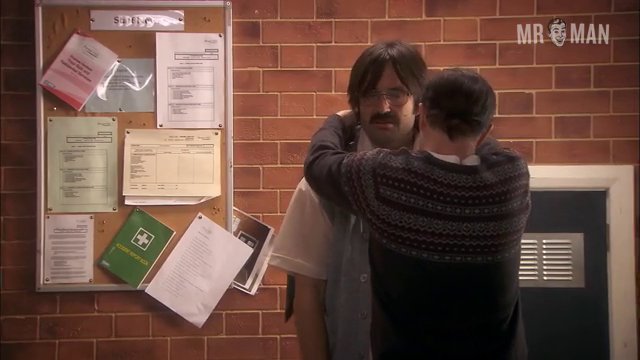 The heartwarming Netflix comedy-drama series Derek stars Ricky Gervais as Derek Noakes, a loyal and empathetic nursing home caretaker who sees the good in everyone. When he’s not taking care of the elderly residents, the titular character likes to watch reality television, game shows, YouTube, and he loves talking about animals. Derek is surrounded by an interesting cast of characters: Hannah (Kerri Godliman), the sweet and angelic manager of the care home; Kev (David Earl), an odd dude that hangs out at the home; and Dougie (Karl Pilkington), a bald loner that also works as a caretaker. The loveable and goofy characters have each other’s backs as they try to deal with the ups and downs of everyday life. While there are a lot of heartwarming moments, there is very little skin. David Earl adds a dash of his hairy chest, along with some underwear bulge while he gets dressed. Who knew a nursing home could be so sexy!