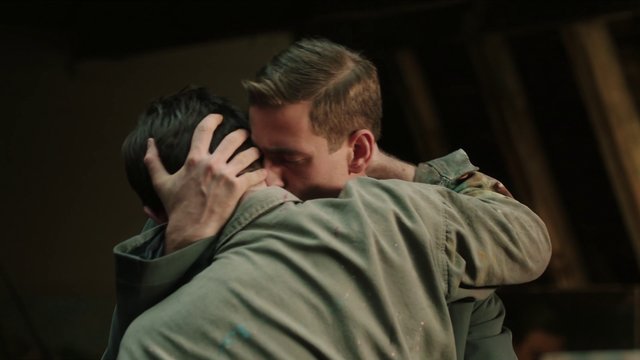 Man In An Orange Shirt (2017) is a mini series that tells stories of love's highs and lows throughout history. The series focuses on two gay couples, Michael and Thomas just after WWII and Adam and Steve in the present day. Luckily, we get to see plenty of men without shirts in Man In An Orange Shirt. Hotties Oliver Jackson-Cohen and James McArdle enjoy hardcore porking in a steamy scene that shows off Oliver's ass. We could eat that up. It's more like Men In No Shirts when Oliver and James show off their hot, hairy chests in a post-coital embrace in bed! These two guys won't quit kissing each other and we are loving it. They aren't the only ones, however. Tommy Barstow strips down to his skivvies with the boys, showing off his toned chest and maybe a peek at his pubes. We salute your sexiness, sir! Finally, Julian Morris and Phil Dunster show bare ass during a super hot sex scene!