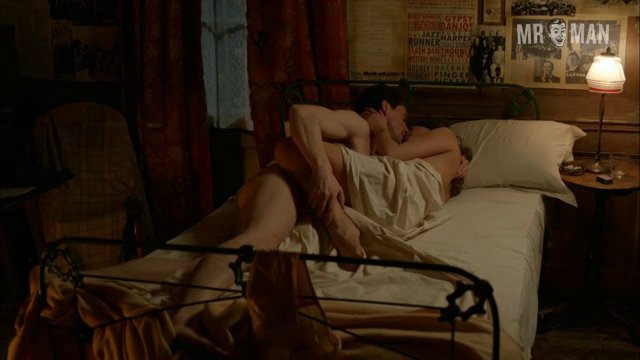 The 2013 BBC mini-series Dancing on the Edge is set in London in the 1930s and follows a black jazz band’s experiences as they perform on and off stage throughout various clubs and bedrooms. Managed by the short-tempered Wesley Holt (Ariyon Bakare), he scores the band a gig at the Imperial Hotel, thanks to some help by a cunning journalist, Stanley Mitchell (Matthew Goode), and they are nothing short of a hit. As their popularity spreads, they’re hounded by the media, even catching the attention of the Royal Family, who request them to play at their stuffy parties. As the jazz masters’ popularity continues to rise, tragedy strikes, leaving the band’s future in jeopardy. Matthew Goode steals the show, baring his butt in the pilot episode, but Chiwetel Ejiofor follows suit in the fourth episode, showing his rump while making out with a lucky chick. Those are two asses that will have you on the edge of climax!