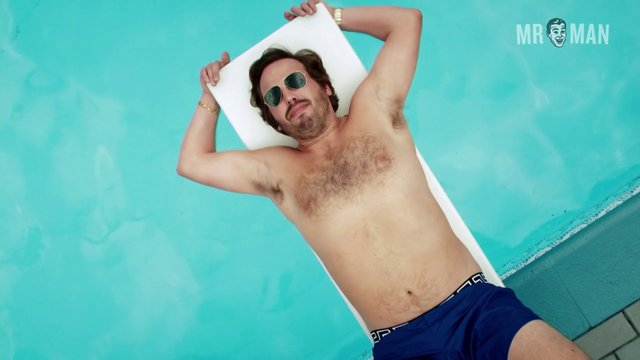 Have you ever wondered what it's like to be in the fortune-telling community in Los Angeles? Neither have we, which is what makes the Hulu original series Shut Eye so surprisingly delightful. The Burn Notice star Jeffrey Donovan plays Charlie Haverford, a former Las Vegas magician who now makes his living as a psychic in the City of Angels. Shut Eye cleverly makes light of traditional film noir tropes in this dramedy, and we get to learn about Charlie's family's mob-like presence in the fortune-telling world. You won't want to shut your eyes for a second when Jeffrey strips down for a soak in the tub! Angus Sampson joins in for a little shirtless poolside action as well. Now when are we going to see that other eye, Jeffrey?