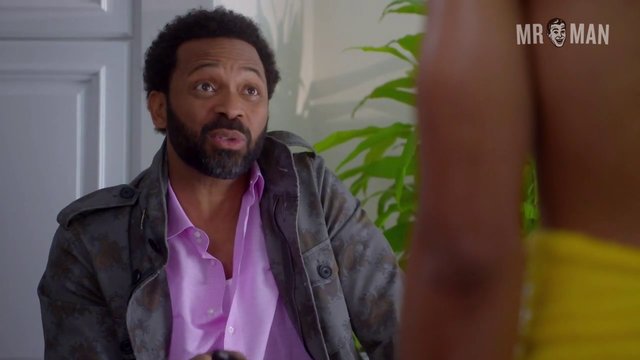 Buckle up for the hilarious TV comedy of Uncle Buck (2016) starring the effortlessly handsome Mike Epps as Buck, a man-child who is somehow responsible for watching his brother's kids. It's an adaptation of the 1989 classic that the world sorely needed. With Epps as the comically inept Buck, we're tuning in episode after episode to see this suave clown get into antics with his ridiculous nieces and nephews.

The pilot is promising with a quick snap at BJ Mitchell's hot, wet bod as he steps out of the shower. A glimmer of nudity this early in the series means this series is already pretty skintastic.