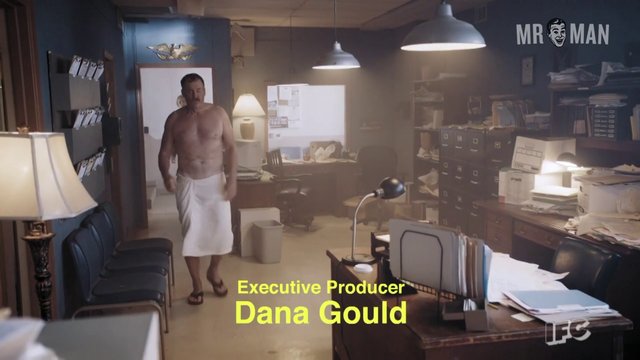 A past his prime police sheriff is called back into action to fight demons in the TV show Stan Against Evil. Stanley (John C. McGinley) was the sheriff of a small town in New Hampshire until an outburst and show of anger causes him to be demoted. At first, he feels like he has nothing left to offer, then the town is overrun by demons and Stanley suddenly is asked to lead a group of police and townsfolk against the evil creatures.

John not only kicks demon ass, but shows us that he is still packing some serious beef under his shirt. When he comes out of the shower with a towel around his waist we see his bare upper body still wet from the shower. John might be getting a little older, but he is still fit and fine.