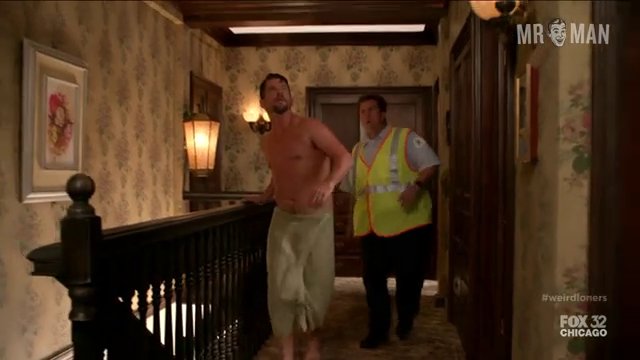 Weird Loners (2015)
Sexy, shirtless Ep. 01x02 | 00:03:48 Zachary's shower gets interrupted by some nervous dude, giving us a look at his towel-clad body.
advertisement

The show airs on Fox, so don’t expect any real nudity, Season one, episode two gave us a look at Zachary Knighton wearing only a towel. Nothing weird about his banging body!