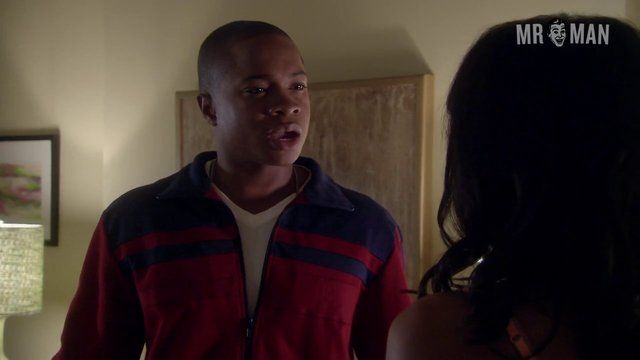 Spike TV’s original series Blue Mountain State lasted a brief three seasons, but since its cancelation gained an avid fan base leading to the feature length movie Blue Mountain State: Rise of Thadland (2016). We think the bevy of gorgeous bros has something to do with the original’s popularity, especially when they don’t mind flashing ample collegiate cans. The television show takes a no holds bar approach to slap stick college humor, following a group of rowdy boys whose lives consist of football, girls, sex, football, girls, sex, and later in the final season football, girls, and sex! Believe it or not, it’s the plot lines involving football that interest us the most, as the freshmen bros get a little bromo thanks to the bizarre initiation challenges thought up by Alan Ritchson. In one unforgettable scene watch as Sam Jones III, Darin Brooks, Alan, and series producer and star Chris Romano shimmy across the football field in just jock straps with a cookie between their cheeks. Boys will be boys, bless ‘em! As if that wasn’t enough, the guys have to shave each other’s butts in a locker room scene and we get plenty of frothy shirtless action. Our red Solo cup runneth over.