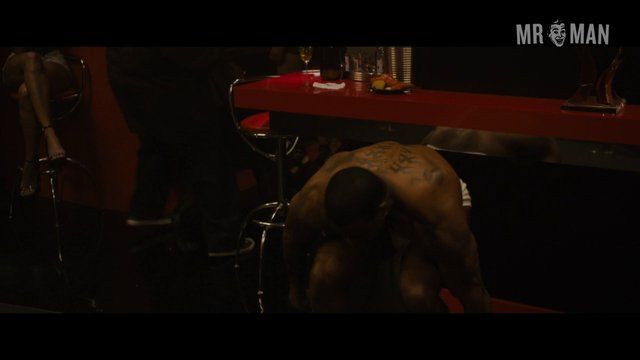 Straight Outta Compton (2015)
Sexy, underwear, shirtless, bulge 02:12:18 Lazarus Guidry is hanging out in his sexy white undies while being harassed by dogs. He then gets up, showing off that truly mouth watering bulge!
advertisement

Straight Outta Compton (2015) is an acclaimed drama that explores the early beginnings of hip-hop as we know it today. Ice Cube, Dr. Dre, and more were involved in the formation of musical group N.W.A, and used their experiences in the dangerous Compton neighborhood in Southern Los Angeles as inspiration for their sound and lyrics. The fellas wanted to create a sound unlike anything else heard before, a sound that would reflect that youth in a genuine, moving way. We happen to be genuinely moved by the gorgeous men cast in this biographic flick, especially the chiseled Lazarus Guidry. In one surprisingly sexy scene, watch as Lazarus is crouched under a counter in just his tighty whities. He then proceeds to stand up, giving us a great look at a massive bulge! While we’d love to see what’s under that teasing fabric, that delicious bulge alone has us straight outta something!