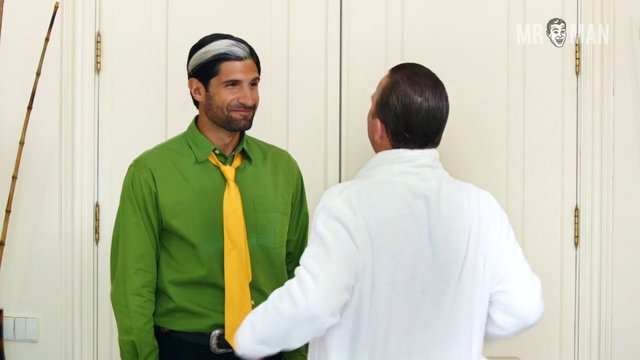 SunTrap (2015 - ) is a British TV series about a reporter named Woody (Kayvan Novak) who is wrongly accused of a crime and goes on the run. He makes his way to a Spanish island where he reconnects with his old mentor Brutus (Bradly Walsh) and the two men set out to clear Woody’s good name.

You’ll be clearing off your clothes when you see Kayvan Novak shirtless at the beach. As he runs after someone through the sand in just his shorts we get to see his fit body work and his hairy chest flex. Shortly after being arrested he finds himself in jail still wearing just his shorts and exposing his fine abs and great pecs. Bradly Walsh pulls off his robe to take a dip in the Jacuzzi and lets us see his thong clad ass as he walks away. There isn’t a lot of skin in SunTrap, but the guys are hot enough to have you sweltering