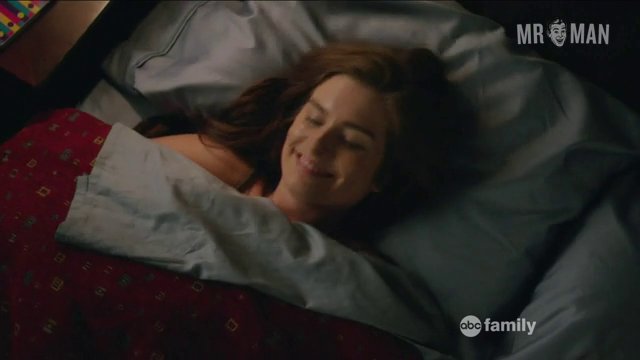 The ABC Family drama Switched at Birth tells the story of Bay (Vanessa Marano) and Daphne (Katie Leclerc), two teenage girls who discover they were accidentally switched as newborns in the hospital, hence the show’s title. Bay grew up in a wealthy family with both parents (D.W. Moffett and Lea Thompson) and a brother, while Daphne wasn’t so lucky. She lost her hearing at an early age due to a case of meningitis, while growing up with a single mother (Constance Marie). Of course, to make the show interesting, the two mixed up families eventually meet and they struggle to deal with the emotions of the messed-up situations. It’s a family show, so don’t get your hopes up. Lucas Grabeel does tease a look at his manly physique while lying in bed with his babe. Switched at Birth? We’d like to switch places with that babe!