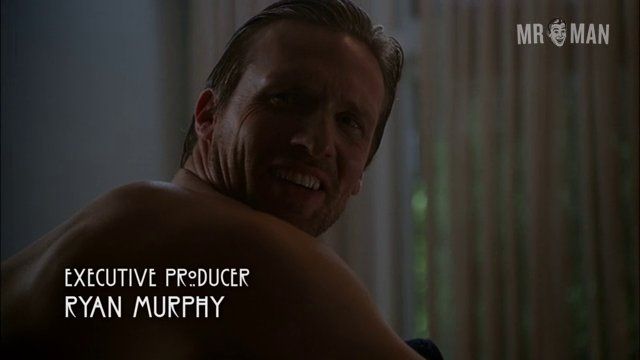 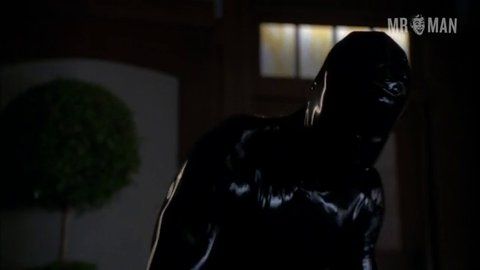 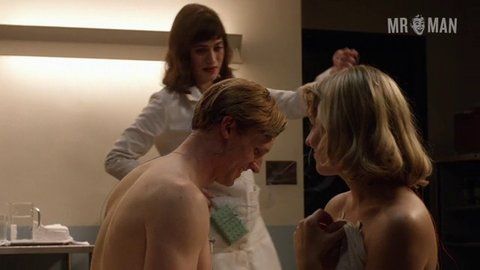 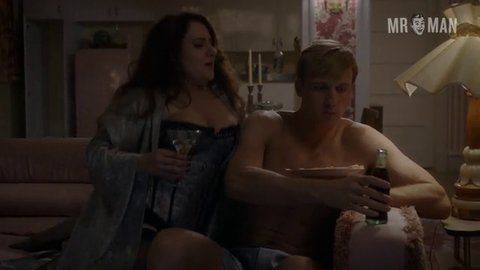 A natural athlete whose great grandfather was an Olympic gold medalist, and a stellar student who was as good at academics as he was athletics, Teddy Sears graduated college with a degree in business and seemed poised for a bright future in the business world. Then he discovered his true calling and moved to New York to become an actor. After starting in small parts, plays and doing comedy skits on The David Letterman Show, Teddy started working regularly in TV and movies. His turn as a horny ghost in American Horror Story (2011) will have you going all sorts of paranormal on yourself when you see him appear wearing just a towel which he drops to pull on a pair of boxers. As he reaches for his shorts his plump, round rear will have you feeling faint all over. More recently he has starred in the Showtime series Masters of Sex as a doctor who is more than willing to lend his incredible good looks and hard equipment to the cause. The prescription calls for masturbation when Teddy takes off his robes and crawls into bed naked so he can give the woman he is carrying out the experiment with his throbbing surgical tool. With one look at Teddy’s incredible body you will be ready to volunteer for any study he wants to carry out.