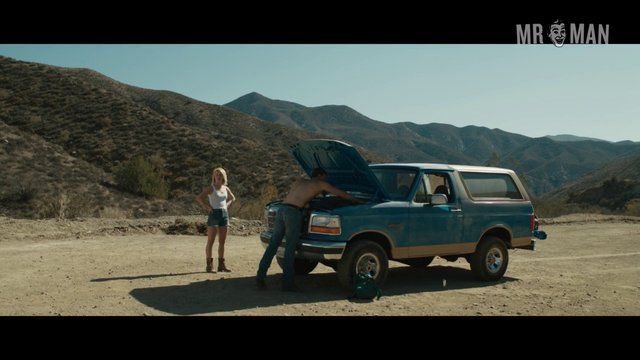 A girl (Julianne Hough) goes driving across the country alone and meets a hitchhiker (Taylor Sears), who offers to fix her car. In return, she offers him a ride. We will give you one guess as to what this man's occupation is.

You're correct! He's a serial killer! After trying to force her to an abandoned rest stop so he can murder her, she decides to run the car off a cliff. Unfortunately, her plan is foiled and he escapes while she is trapped inside the upside down car. He leaves her there but comes back every once in a while to torture her, as sociopaths are wont to do. She has to cook rats—while upside down—drink rain water, avoid drowning, evade her killer, and escape, which she eventually does. Then it's game on with Mr. Serial Killer. It was foolish to let the man in her car, but we'll hand it to Julianne—after seeing Teddy without his shirt on, it's pretty easy to see why she was enticed.