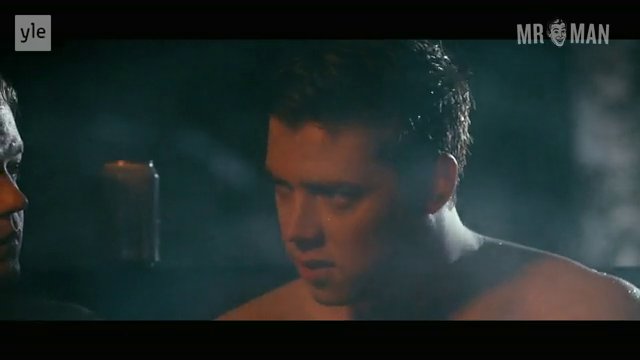 The crime drama series Tellus follows the titular group, a gaggle of young activists that have turned their frustrations into action by committing eco-motivated sabotages against corporations and institutions they’ve deemed evil and detrimental to the Earth. The well-intentioned group hits a snag when one of their attacks leads to an accidental death, and the involuntary manslaughters come to a crossroads in the campaign against corporate jerks: stop, or amp up the level of their activity. They’re going to have to make a decision soon, because the police, lead by Inspector Taneli Lokka (Pirkka-Pekka Petelius), are hot on their tails. In between causing chaos, group members Eevi (Minka Kuustonen) and Alex (Lauri Tilkanen) find time to fall in love. How sweet. You’ll fall in love with Lauri Tilkanen too when you see his ass in two scenes. Also, Johannes Holopainen teases a look at his rump and Eppu Pastinen shows off his youthful upper body. With guys this hot, Mr. Man would kill to join their group!