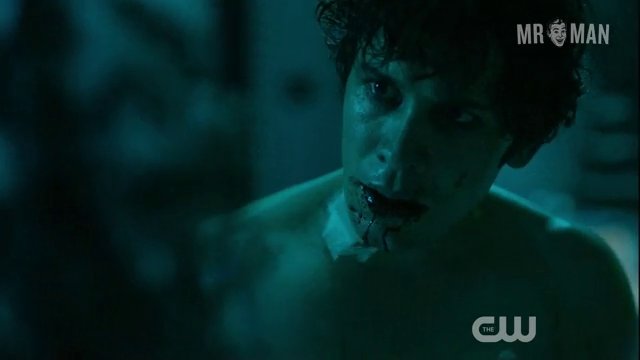 Set ninety-seven years in the future, the post-apocalyptic drama series The 100 posits the redundant idea that the Earth has been virtually destroyed by a nuclear war, nearly sending humanity towards extinction. Thankfully, the last surviving members of the human race, about 2,400 people, who resided on twelve space stations that orbited the Earth prior to the war, are safely jettisoned on an ark orbiting the seemingly radioactive planet. But the ark is only a temporary solution and things are getting grim aboard the ship. A repressive regime controls the many, using capital punishment for crimes both large and small, unless the offender is under eighteen-years old. When the ark’s life-giving system begins to fail, one-hundred juvenile offenders are used as guinea pigs and sent back down to Earth to see if the planet is livable. There, on the planet, the one-hundred soon discover that there are other survivors, and there are many dangers that threaten their safety. Among the cast of characters are Clarke Griffin (Eliza Taylor), the teenage daughter of the Ark’s chief engineer; Finn Collins (Thomas McDonell), the daredevil of the bunch; brother and sister Octavia and Bellamy Blake (Marie Avgeropoulos and Bob Morley); and the ever-resourceful Monty Green (Christopher Larkin). It’s primetime TV so don’t expect any real nudity. But on season two, episode eleven, Bob Morley is stripped down to his boxer briefs and strung up by his ankles. Looks like a scene from a porn we once watched!