The Best Little Whorehouse in Texas (1982) 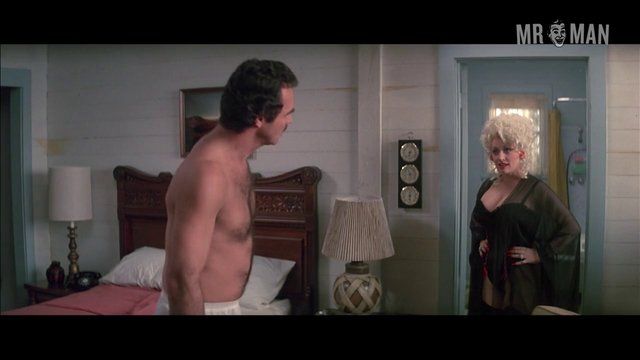 The Best Little Whorehouse in Texas (1982)
Sexy, underwear, shirtless 00:17:29 With a sexy mustache and ample chest hair, a buff Burt Reynolds is our perfect retro dreamboat as he strips down to his boxers for Dolly.
advertisement

Yee-haw! The Best Little Whorehouse in Texas (1982) stars Dolly Parton, so you know it’s going to be amazing. The fact that Burt Reynolds seems to be shirtless throughout the entire movie? Just butter on the biscuit! Miss Mona (Parton) runs an adorable hooker haven in the middle of nowhere Texas, where she is visited by her lover, the sheriff Ed Dodd (Reynolds). Prostitutes were much cuter in cinema during the 80’s, and with her sweet voice and hilarious quips, there was no cuter whore than Mona. The news of the brothel, called the Chicken Ranch, soon gets out, and disgruntled outsiders threaten to close the establishment. With multiple looks at a hairy and hunky Burt in nothing but a towel, we think he needs to open up a different type of brothel!