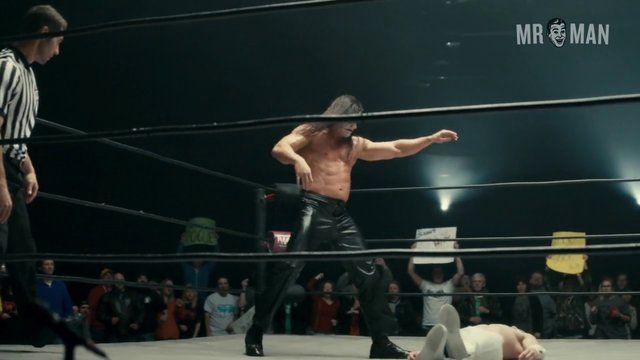 The Masked Saint (2016)
Sexy, shirtless 00:06:20 Brett and James get handsy in front of a crowd.
advertisement

The Masked Saint (2016) is a dramatic action film based on the true story of a pastor who was moonlighting as a professional wrestler. The film was directed by Warren P. Sonoda and stars Brett Granstaff, Lara Jean Chorostecki, and T.J. McGibbon. The film was also Rowdy Roddy Piper’s last performance before his death. The Masked Saint is based on a book by the same name and follows the story of a man named Chris Samuels who leaves his former life as a professional wrestler behind to become a pastor and have a family. When he sees problems within his community he returns to wrestling as a masked character called The Saint, to fight these injustices. Professional wrestling may not be real, but all the ripped chests we see in The Masked Saint are as real as can be. We see some sexy, oiled down man meat from Brett Granstaff, Jordan Marques, James Preston Rogers, RJ Skinner, and Rob Thomson as they face off against each other in the ring. We aren’t professional wrestlers, but we’d sure love to get in the ring and wrestle with some of these scantily clad beefcakes. The Masked Saint can keep the mask, but we pray he’d lose the pants!

Sexy - as The Brawler

Sexy - as The Reaper