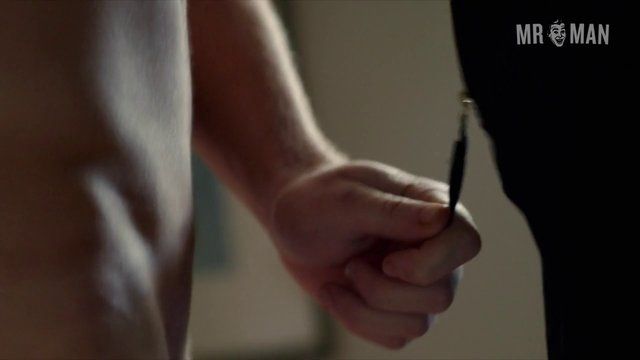 X: Night of Vengeance (2011)
Nude, butt, penis, balls, shirtless 00:00:01 Darren Moss stands in front of a room of middle aged women, showcasing his cock and balls for them as he rotates in a circle!
advertisement

Holly is a high-class call girl who's working her last night before retiring to Paris, and Shay is a 17-year-old runaway teen just starting her first. While Holly no longer has to work the streets and makes good money, she hates her job—and Shay, with no idea how to handle the illicit industry she's just joined, is stuck giving hand jobs in alleys. The two end up meeting that night, and Holly hires the younger hooker for a threesome that turns deadly when a cop shows up to kill their client. They spend the rest of the night running from said cop, who now wants to kill them, since they witnessed the murder, all the way through Sydney's Red Light District. It's pretty gruesome, complete with abusive pimps and plenty of bloodspill, but we luckily get a glimpse at a little man meat in the process. Darren Moss plays a sex worker who does live shows with Holly for a gaggle of middleaged women, going full frontal while he lays down on an ottoman, and Hazen Shammas shows off his junk right before he starts his threesome and gets killed by the cop. Talk about going out with a bang!