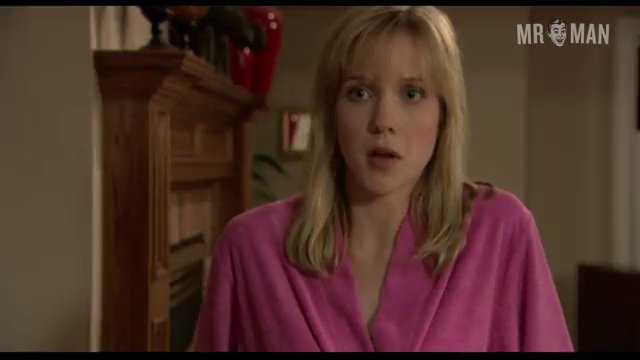 American Pie Presents The Naked Mile (2006)
Nude, butt, penis, shirtless 00:17:52 John shows s bit of penis and some butt as he scurries naked around the house.

The ongoing story of various characters from the American Pie franchise continues in American Pie Presents The Naked Mile (2006). This time Erik Stifler has gotten a free pass from his girlfriend to do whatever wants. He takes two friends and they head out to partake in the Naked Mile run where they plan to have a weekend full of sex, nudity and craziness.

This movie features a nice collection of hot young actors who are not shy about shedding their clothes. John White (who plays Erik Stifler) has numerous nude scenes so we get plenty of great shots of his nice chest and killer caboose. Whether he is being interrupted mid-thrust while having sex or running down the street nude, John’s tush is the star of the show. Ross Thomas partakes in the “penis Olympics” and lets us see his raging wood poking out in his underwear as he goes for the gold. We see his bare butt later during a party. Eric Lindsay plays a frat guy who shows up for the Naked Mile wearing only a well-placed sock. Judging by how that sock hangs he is packing some serious sausage.

Packed with plenty of naked male rears and featuring a ton of hot college age guys shirtless and in their underwear, American Pie Presents The Naked Mile provides some serious eye candy.