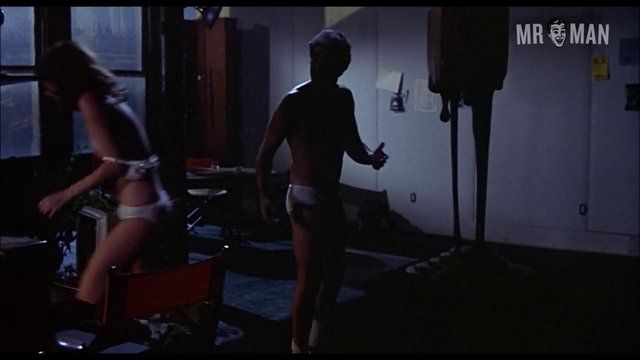 An Unmarried Woman (1978)
Sexy, underwear, straight, shirtless 01:11:59 The undeniably retro Cliff Gorman shows off some serious chest hair while helping a girl out of her shirt.
advertisement

Oscar nominated An Unmarried Woman (1978) follows Erica (Jill Clayburgh) whose husband of 17 years leaves her for a younger woman. Newly single, she struggles to get back into the dating world. She meets a painter named Saul (Alan Bates) who wants to be with her, but when she suddenly finds herself getting attention from several different men she must decide if she wants to settle down with one guy or have some fun and play the field.

Cliff Gorman hooks up with Jill and shows plenty of skin in the process. As the two strip down, Cliff ends up in just his underwear messing around with her.  We get to see his hairy chest and bulge in his tightie whitey underwear as they strip down, kiss then get into bed.