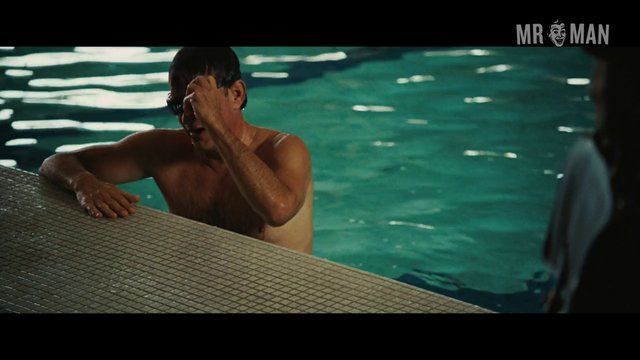 Angels & Demons (2009)
Sexy, shirtless, bathing suit 00:09:28 The ageless Hanks does some laps in the pool.
advertisement

Angels & Demons (2009) finds Tom Hanks returning to the role of symbolist Robert Langdon. After a high profile physicist is murdered, Langdon finds himself teamed up with a scientist Vittoria Vetra (Ayelete Zurer) as they investigate the murder and uncover a larger conspiracy that includes a planned attack on the Vatican.

Tom brings the sexy when he hits the pool in a very tight, very skimpy swimsuit. As Tom does some laps we get a nice look at his body (including a surprisingly tight ass) then a better look at his entire body as he gets out of the pool to talk to another guy.