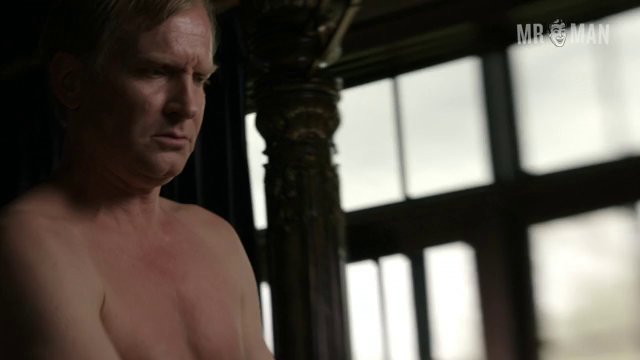 All small towns have their secrets, but the town of Banshee is hiding some really big secrets. The Cinemax drama stars Antony Starr as an unnamed protagonist who, after a fifteen year sentence for stealing diamonds from a Eastern European gangster called Mr. Rabbit (Ben Cross), has been released from prison. To stay hidden from Mr. Rabbit and continue his criminal activities, the former jewel thief assumes the identity of Lucas Hood, a recently murdered sheriff from Banshee. While in the small town, Lucas attempts to find his former lover and partner in crime, Anastasia (Ivana Milicevic). Lucas has a difficult time with his new identity, especially with the local crime boss Kai Proctor (Ulrich Thomsen). While not hiding from Mr. Rabbit or dealing with the town’s problem, Antony is busy making chicks scream like a banshee during his sexual exploits. The rugged looking actor shows his muscular back and butt during an aggressive and sensual sex scene. Chris Coy jumps in with more reliabe dudity, even showing off his cock in season four! There's nothing Coy about these fellas!