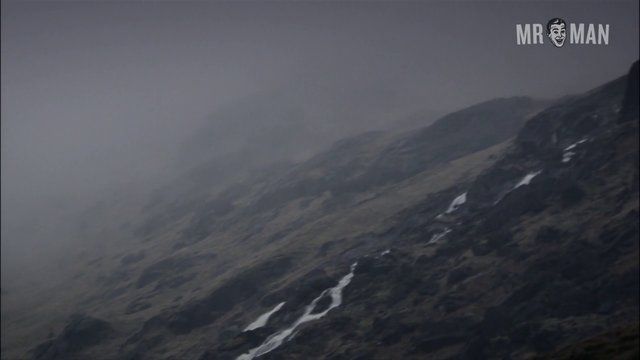 Presented as a documentary of sorts, Blooded (2011) finds hunters having the tables turned on them. When five young people go on a hunting trip in the wilds of Scotland, they find themselves being kidnapped by an extreme animal rights group. The group is stripped and left in the woods then hunted by the activists. Now they know how the animals feel.

There is plenty of skin in this horror thriller to keep you hunting for ways to get out of your pants. Joseph Kloska finds himself walking around in just his underwear letting us see his hairy chest and rugged body. Nick Ashdon has his hands tied behind his back while wearing just some shorts. His body is covered in dirt, but he still looks good with his clothes off. Oliver Boot tries to escape while running down a street in just some tight boxer briefs. We see his nice, muscular chest as well as his firm ass and impressive bulge in those tight undies.