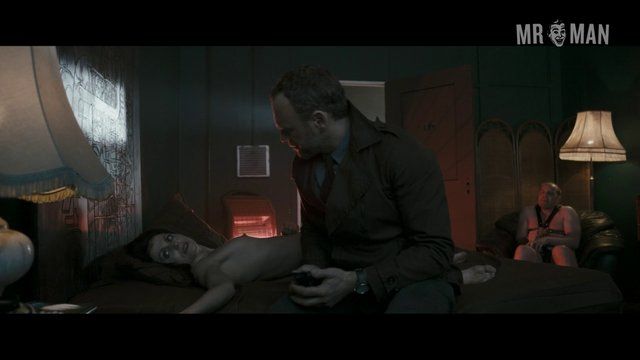 Narcopolis (2015)
Sexy 00:05:23 Gordon Peaston is leathered up in a chair while crying.
advertisement

Set in the not-so-distant future, Narcopolis (2015) is a dark Sci-Fi thriller set in a time when all drugs have been legalized and are now sold by major corporations. Frank Grieves (Elliot Cowan) is a cop charged with keeping the black marketers off the streets so the companies can cash in. When he finds one of these companies is experimenting with an illegal drug he is thrown off the force and finds himself having to stop this company and protect himself without backup from the police department.

Gordon Peaston shows some skin when he sits in a chair and sobs while the police check out a naked dead girl in his bed. We mostly see his upper body as he cries and screams.