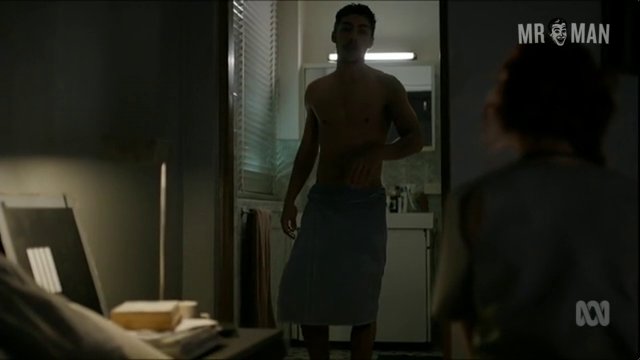 Groundbreaking Australian series, Cleverman, wowed audiences when it premiered at the Berlin International Film Festival, and was quickly snatched up for international distribution. The marginalized Aboriginal population of Australia, which is often omitted or diminished in popular culture, takes center stage here, and the series even made waves for casting 80% indigenous actors. Cleverman brings Aboriginal mythology to life as otherworld creatures come to life and must face off with humans. Our window into the violent, dystopian world of the not-too-distant future is through the struggle of two brothers. The only thing more clever than creating an Australian show of substance was casting the sexy Tysan Towney, who shows ass and balls while falling to the floor! Hunter Page-Lochard joins in for some sexy shirtless action. You’ll be going Down Under on yourself!