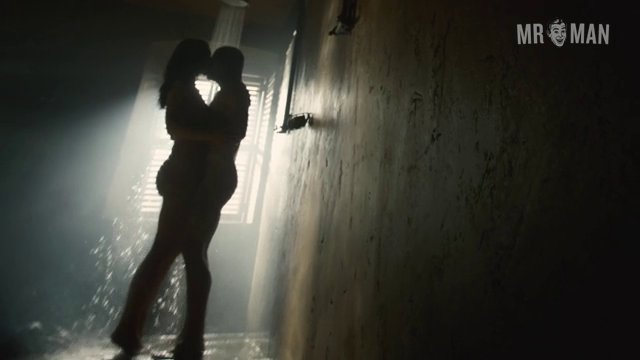 The intense Syfy channel series Helix stars Billy Campbell as Dr. Alan Farragut, the head of the CDC who is tasked with the investigation of a viral outbreak at an arctic bioresearch station. The virus turns its victims into an animal-zombie hybrid, spewing bile into others’ mouths and transmitting their infection. For Alan, his work is his life, especially since his marriage ended when his wife Dr. Julia Walker (Kyra Zagorsky) had an affair with his brother Dr. Peter Farragut (Neil Napier). Now Alan finds himself in the position of trying to save his brother’s life. Everything changes when Dr. Alan discovers the culprits behind the virus, which pulls him into a vast conspiracy involving the Ilaria Corporation. Spooky stuff!

On season two, episode twelve, Neil Napier teases a look at his rump while humping a chick in the shower. Sexy!