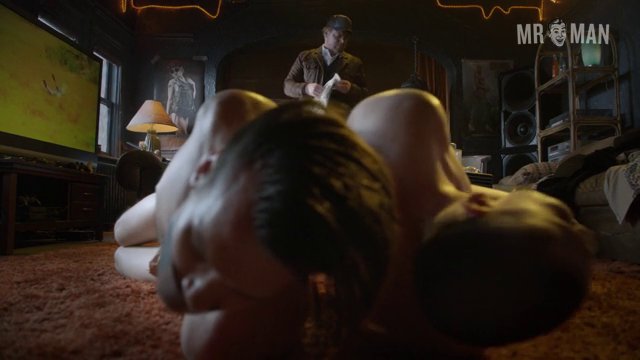 Hostel (2005) director Eli Roth puts his grisly spin on a Twin Peaks trope in the Netflix original series Hemlock Grove. When a beautiful teenage girl is brutally murdered, the town of Hemlock Grove rallies around the search for her killer. But with seemingly everyone in town hiding a terrible secret, the search for the murderer becomes increasingly complicated. Both seasons of the hit series gave us some fine male flesh to sink our teeth into. Landon Liboiron leads the way by not only getting shirtless, he also flashes his smooth behind. Not to be outdone, Adam Rodness and Dylan Trowbridge both add a dash a duff in a suspenseful scene; and Bill Skarsgård and Luke Camilleri show off their manly bodies in various scenes. Hemlock Grove? More like Hunklock Grove!