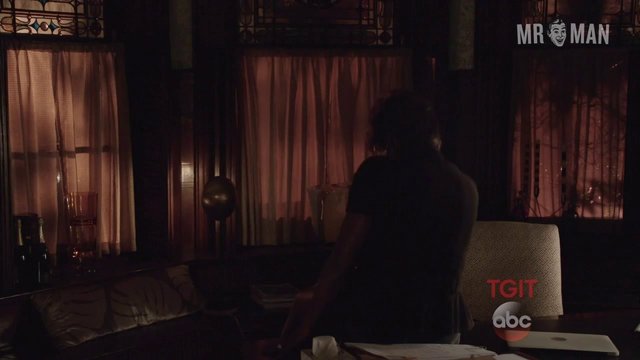 How to Get Away With Murder (2014-)
Sexy, underwear, straight, shirtless, bulge Ep. 01x01 Billy teases his muscular body when he gets nabbed licking crotch, or something like that.

How to Get Away With Murder is a new series from newly minted television titan Shonda Rhimes (Grey's Anatomy, Scandal). The series follows the exploits of a group of ambitious law students, taking a class with famed criminal defense attorney Annalise Keating (Viola Davis), who teaches them, you guessed it, how to get away with murder. They are woefully unprepared, however, for a real murder that rocks their campus, and turns these rookie investigators into the only hope for a university plagued with fear! Since this is a network show, don't expect a whole lot of flesh, though Rhimes promised that the show will feature some hot guy on guy action, and the first episode certainly delivered! Jack Falahee and Conrad Ricamora get hot and heavy, ripping their shirts off and making out! We also get some nice shirtlessness, and a bit of bulge, from hunky Billy Brown! This series might just make your pants look like the scene of the crime!