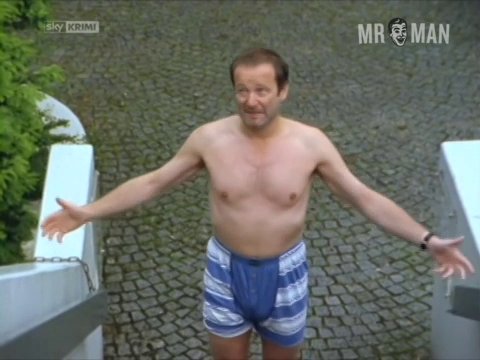 Part crime drama and part romantic comedy, the TV series Kriminaltango followed the exploits of Max Haller (Erich Hallhuber) who is the Chief of Criminal Investigations for the homicide division of the Munich police department. When a woman is killed, he is on the case. At first, he thinks he will be able to easily solve it, but soon he finds himself pulled into a wicked web of intrigue.

Erich literally bares it all for the camera. In one episode, he is negotiating with a man who is holding a woman hostage at gunpoint. As Erich approaches, he is told to strip. He drops his boxers to show that he has no gun, but he lets us get a quick look at his meat weapon. The good Chief is packing!