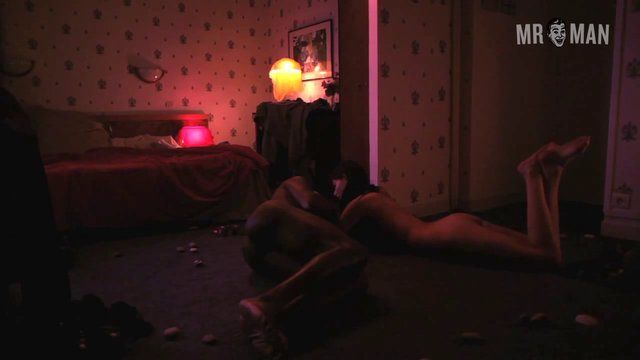 La nuit des gendarmes (2012)
Nude, butt, shirtless Yann Gael doesn't skimp on showing us his ass as he lays on the floor with his girl. Unfortunately the scene is too dark to verify any dongage.
advertisement

La nuit des gendarmes (2012) sure packs a lot of ass into a short 14 minute flick! In a tale of forbidden love, one couple’s stay in a hotel leads to more drama than expected. Yann Gael is a 22-year-old hottie with one girl on his mind. The problem? She’s only 16. Uh oh! While we don’t want to spoil too much of this brief but intense glimpse into a fatally flawed relationship, we will talk about a scene in which Yann shows off his huge yams! While laying on the ground next to his chick we see his cheeks, and although he turns around while nude, the scene is too dark to see any peen. Time for part 2!