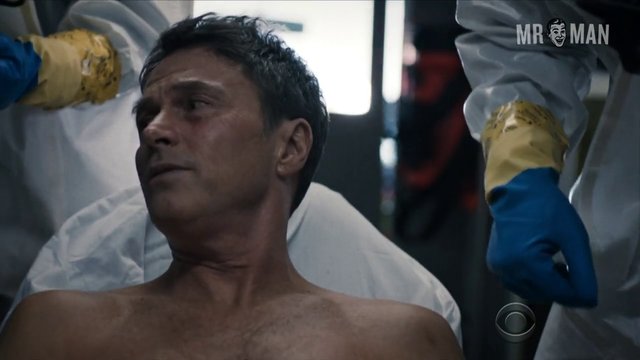 Madam Secretary (2014-2018)
Sexy, shirtless Ep. 02x15 | 00:02:53 Timothy Daly gets his shirt cut open by people in protective gear. This scene would be tense if that body didn't help us relieve so much stress!
advertisement

CBS drama Madam Secretary follows Elizabeth McCord (Téa Leoni), a brilliant former CIA analyst who might just have the brainpower to solve complex international disputes. At the urging of the president himself, Elizabeth goes back into politics to take on various tricky challenges, including finding out the cause of death for the person she’s replacing. McCord's home life is affected by her stressful political position, and Secretary follows her daily dealings with beau and kids. Timothy Daly infuses the show with some much-needed skin when he gets his shirt cut open by men in protective suits in one scene. We’d like to see that chest on the Daly!