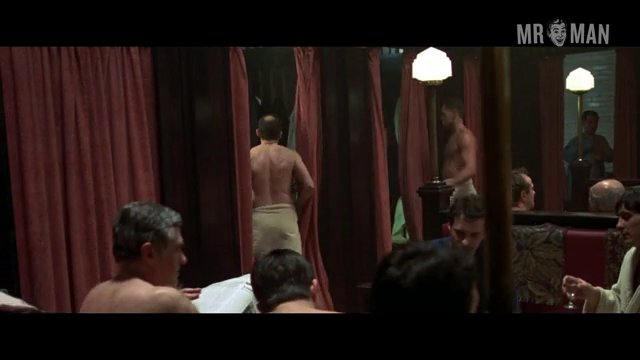 Maximum Risk (1996)
Nude, butt, shirtless Zach shows a hint of ass when he rips his towel off in a bath house.

Jean-Claude Van Damme is back in Maximum Risk (1996) as Alain Moreau, a French police officer that discovers he has a twin brother Mikhail that is killed in a high speed chase with police. As Alain tries to research the history of his brother, he soon finds out his twin was in a lot of trouble with a bevy of bad dudes. In an attempt to revenge his doppelganger’s death and get to the bottom of his brother’s sad life, Alain assumes his dead brother’s identity and travels to New York where he crosses paths with his bro’s babe (Natasha Henstridge), and finds himself in a precarious position with her associates, fighting to stay alive. To the disappointment of all Van Damme fans, the martial arts master doesn’t get nude like he has in past films, but you do see a quick glimpse of his built behind. Nevertheless, we do see the “Muscles from Brussels” shirtless, showing off his perfect physique. On a minor note, do-badder Zach Grenier briefly gives rear exposure in a bathhouse scene. Even though Maximum Risk only gives us minimum skin, it’s enough to make you ache for more.