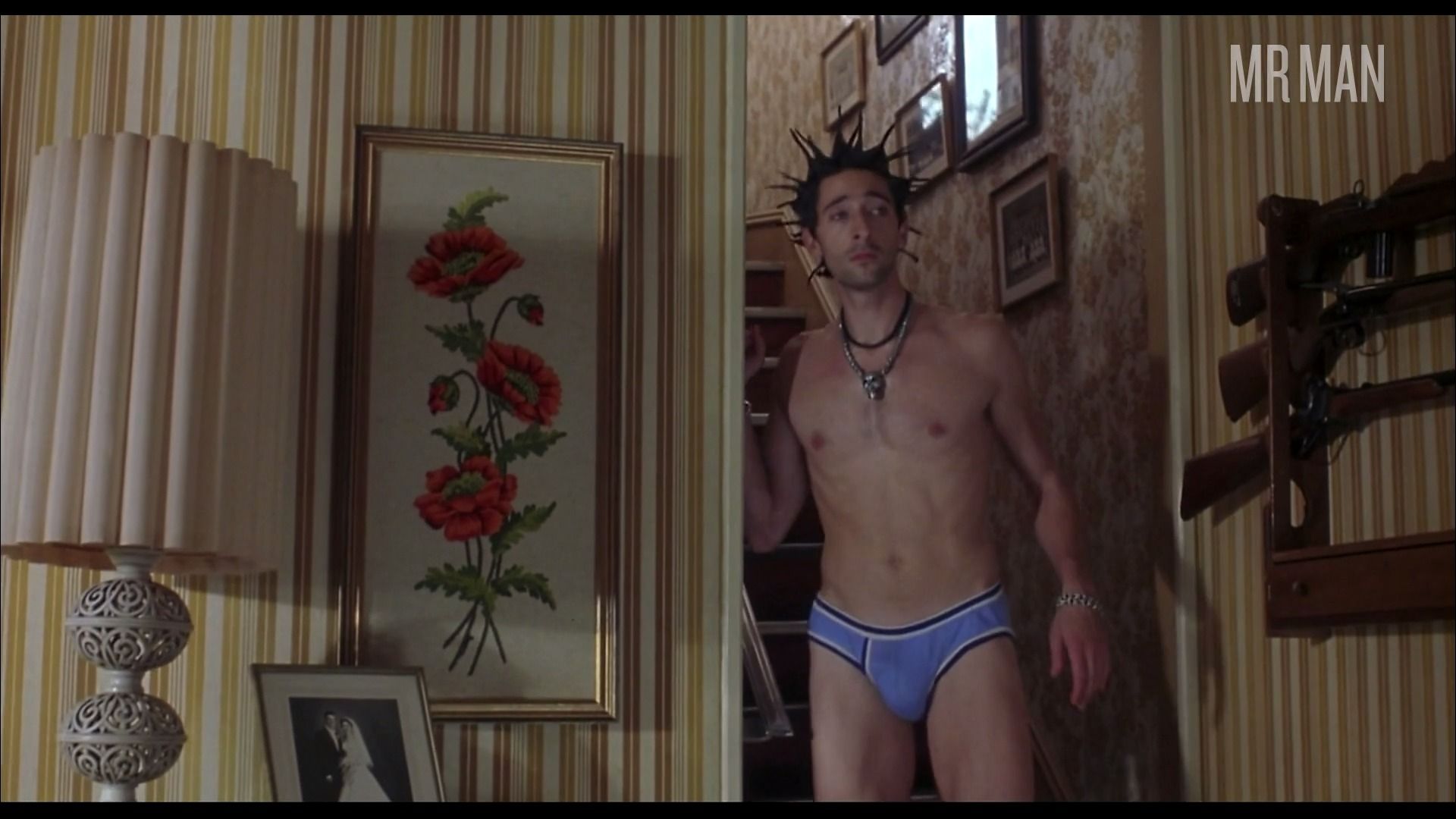 Summer of Sam (1999)
Sexy, underwear, shirtless, bulge 00:12:35 Adrien wakes up and looks bulge-tatstic while he scrounges for cash from his parents.

The Spike Lee directed Summer of Sam (1999) is just as much about the fear serial killer David Berkowitz aka Son of Sam instilled upon New York City in the summer of 1977, as it is about the murders. John Leguizamo, Adrien Brody, Mira Sorvino, Jennifer Esposito and Ben Gazzara star as residences of a an Italian-American South Bronx neighborhood, and the film follows their lives of fear and distrust as Son of Sam wrecks havoc on Leguizamo’s inhibitions. While Adrien is always smokin’ he needs to a rip a page out of John’s good book and show more skin! Leguizamo’s ample buns make numerous appearances in a plethora of steamy sex scenes. These bronxites might be scared, but you will leave Summer of Sam all sorts of hot and bothered.