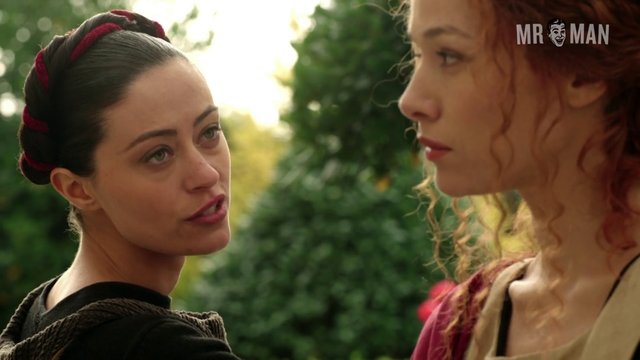 Medici: Masters of Florence is a historic TV series created by Frank Spotnitz and Nicholas Meyer and starring Richard Madden, Stuart Martin, Annabel Scholey, and Dustin Hoffman. This thrilling period drama follows the powerful Medici family living in Florence in the early 15th Century. The series follows Cosimo who finds himself in charge of his family vast estate and banking dynasty when his father dies. These irresistible Italians sure know their way around some nudity and we get some tasty treats in this series. In an episode called “Ascendancy,” the rugged Richard Madden shows off that bodacious booty while banging the alluring Annabel Scholey, who gives us a quick peek at that lovely left boob! In the same episode we also see the luscious Lex Shrapnel lose his shirt in a jail cell and then the gorgeous Guido Caprino shows off his chiseled chest while doing some shirtless swordplay. Now if only he’d show us his other sword!