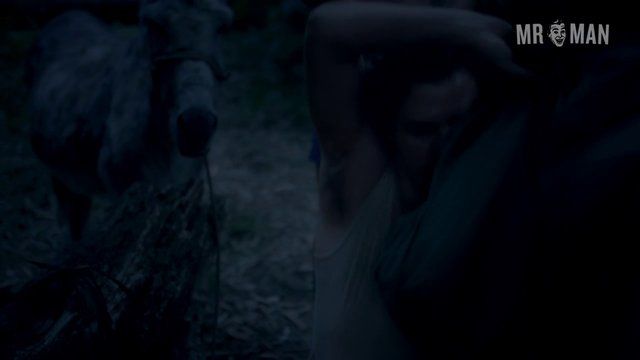 Netflix continues its winning streak with its newest skintastic original series, Narcos. The gritty drama tells the story of Pablo Escobar (Wagner Moura), AKA the “King of Cocaine” who sparks violence between the American Drug Enforcement Administration and Columbian drug cartel by smuggling, well, cocaine into the country. The show is receiving rave reviews from critics and genitals alike, as the only thing that rivals Narcos’ artistry and storytelling ability is its plethora of men. Luis Gnecco shows off his butt while taking a shower, and Boyd Holbrook flashes his hams while hammering a woman in bed. Christian Tappán, Wagner Moura, Juan Pablo Raba, Maurice Compte, and Pedro Pascal, all show off their shirtless selves, but sadly are stingy with what’s below the belt. Luckily, Maurho Jimenez bares his beautiful ass in season 3 before dancing and making out with Alberto Ammann, and we get a great glimpse of Arturo Castro shirtless in bed!