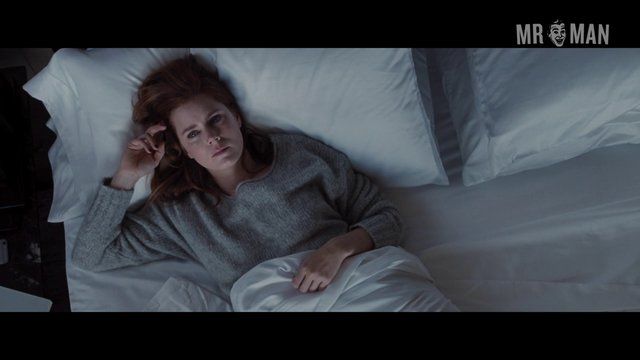 Nocturnal Animals (2016)
Sexy, shirtless 00:38:34 Jake is a barrel of laughs while showing off some hot side ass in the bathroom!
advertisement

Nocturnal Animals, another meticulously polished film from the one and only Tom Ford, covers two stories at once. There's Amy Adams, playing a wealthy gallery owner named Susan. Married to a handsome if not distant man, she never sleeps and is deeply, deeply unhappy - an unfortunate circumstance worsened by the sudden arrival of her ex-husband Eddie's new novel - which he has dedicated to her. In his novel, the husband/wife/daughter are described suspiciously similar to Susan, Eddie, and Susan's daughter, who meet a very unfortunate fate in the Texas desert, distressing Susan as soon as she reads it. Consider it a tribute to the power of art - like Jake Gyllenhaal, who plays the book's protagonist, shirtless. The diabolical and sadistic Texas fiend who causes the book's mayhem is played by Aaron Taylor-Johnson, who won a 2017 Golden Globe for Best Supporting Actor.