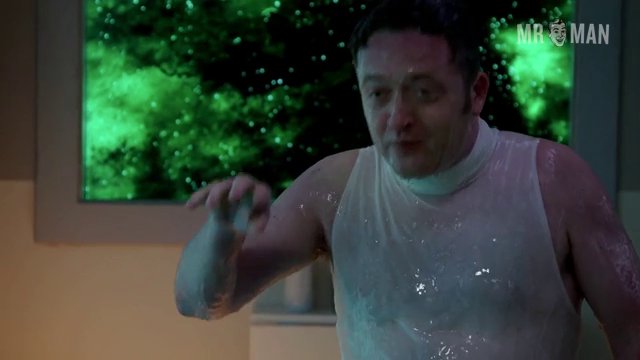 Other Space (2015)
Sexy, underwear Ep. 01x06 | 00:09:40 Neil emerges from a slime-filled bed, showing off his slimy physique through his clingy underclothing.
advertisement

The Yahoo series Other Space follows a group of astronauts aboard the UMP cruiser, a beat-up starship that doesn’t function very well, as they head out on a mission to map outer space. Led by the cheerful Captain Stewart Lipinski (Karan Soni), the inexperienced crew soon face the unknown when they unexpectedly collide with a portal thingy and are sucked into it, dropping them off into another mysterious universe where they face fuel and food shortages, robot rebellions, and alien attacks. Though the dutiful members of the ill-fated journey looked great in their futuristic space suits, Neil Casey teases some slime-covered physique in his clingy underclothing. We’d like to invade his space!