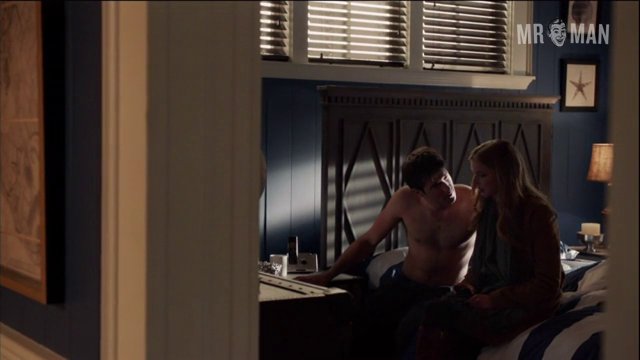 ABC puts a young, beautiful, and fabulously wealthy spin on The Count of Monte Christo in its new drama Revenge. Emily Thorne (Emily VanCamp) is the new arrival that is turning heads in the Hamptons. She looks like any other socialite, but Emily’s harboring a dark secret. Many years ago, Emily (than called Amanda’s) father was arrested and her world shattered. A stint in juvie and an inherited fortune later, she’s back with a new identity and a new mission- destroy the people responsible for framing her father and tearing her family apart.

It's hard to understand how Emily could stay focused on dastardly deeds when she's waking up to sight of a shirtless Joshua Bowman. Revenge may be best served cold, but he's making us feel all warm and tingly