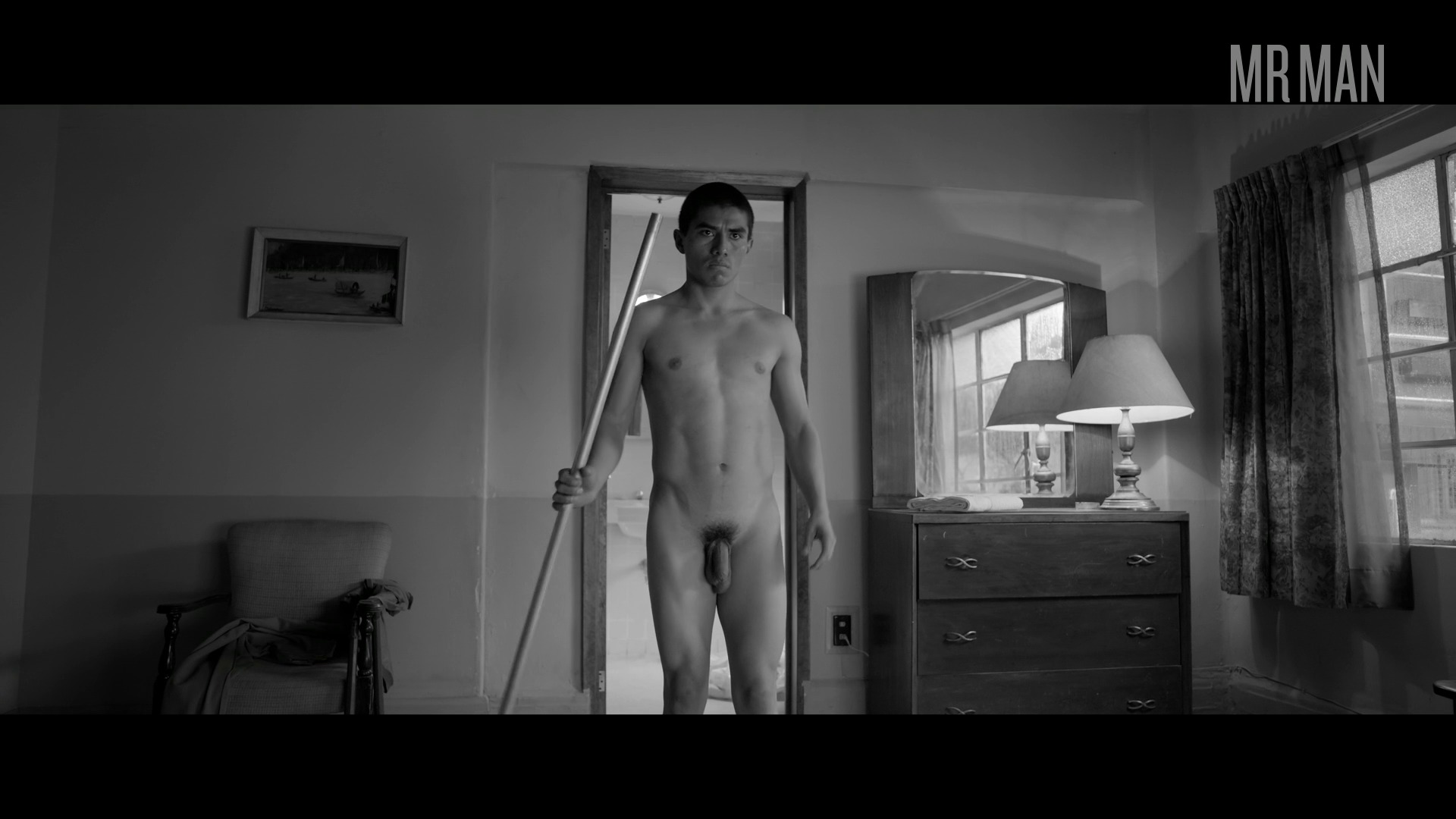 Roma (2018)
Nude, butt, penis, balls, shirtless 00:24:54 Jorge is nude in the bathroom when he takes off his shower curtain and shows his full frontal before nakedly going through a martial arts routine. He earned a black belt in having a black bush and impressive wang!
advertisement

Roma (2018) is the epic drama from Alfonso Cuaron that focuses on the life of a maid living in Mexico City in the early 1970s. It's a moving, beautiful film, but its best scene is definitely when Jorge Antonio Guerrero is naked in the bathroom. This hottie takes off the shower curtain rod and uses the rod to show off a martial arts scene as he bares his rod. He's fully naked and letting us see how sexy he looks as he shows off his martial arts form in this lengthy scene. When in Roma, do as Jorge does and get butt-and-dick naked.