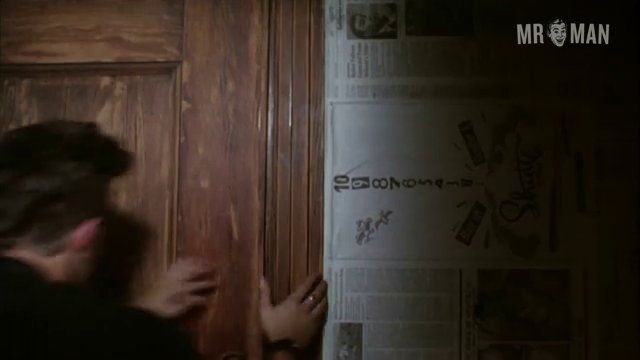 Glory Daze (1996)
Nude, butt, shirtless 00:02:30 Sam takes a shower while Ben takes a pee. We see some brief ass and a bit of pubes when Sam emerges from behind the shower curtain.
advertisement 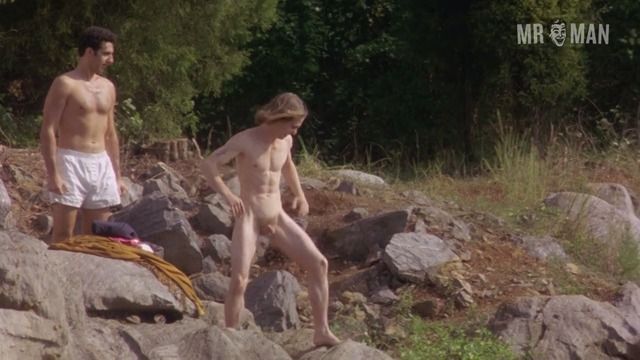 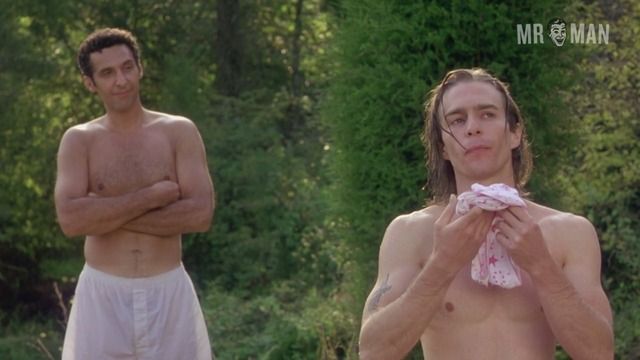 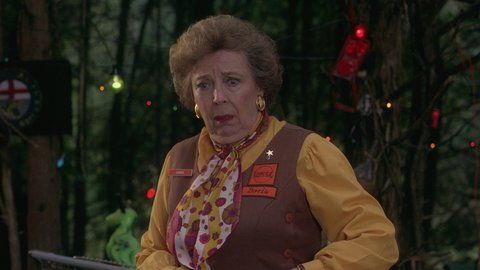 You might call Sam Rockwell ‘The Man of a Thousand Faces’ because he is one of those actors that can play any role and sinks himself so deep into it, often times you are halfway through a movie before you realize it is him. You might also call him ‘The Man of a Thousand Nude Scenes’ because Sam doesn’t let his clothes come between him and a great performance.
While he did say in an interview that he is not a fan of full frontal nudity mostly because it might be cold and he could suffer “shrinkage” he will do it if he feels it is relevant to the character. He must have been very invested in his character in Box of Moonlight (1996) because he is naked throughout the movie including a few different glorious full frontal scenes. In one scene he goes skinny dipping and we see his Grade-A wang when he gets out of the water to get dressed. Another scene has him standing naked on a chair. There is a brilliant butt shot, then as he sits down Big Sam and the Twins are featured in a close-up. In Lawn Dogs (1997) Sam gives us the full frontal treatment again. Here he stops traffic on a bridge, gets naked and jumps in the water. The scene leaves nothing to the imagination. In the drama Confessions of a Dangerous Mind (2002) bares his behind. Also, in Moon (2009), Rockwell shows us his moon in a steamy shower scene, giving us a total eclipse of the heart.
As Sam’s career continues, he shows no signs of slowing down with the great roles and great nudity. He is a very welcome addition to MrMan that can always be counted on to provide a perfect full moon. Sam’s anatomy is quite pleasing!

6 Pics & 1 Clip
Nude, butt, shirtless 00:15:35 Sam Rockwell does a sexy strip on stage to My Sharona, baring his tight butt for the entire audience!

Confessions of a Dangerous Mind (2002) - as Chuck Barris

5 Pics & 3 Clips
Nude, butt, penis, balls, shirtless 00:09:09 Rockwell stops his truck, gets out peels off his pants, and jumps. Watch that butt, dick, and nuts fly! Bonus wet bod when he gets back in the truck.
Nude, butt, straight, shirtless 00:21:33 The always giving Sam Rockwell gives a peek of his ass during a laughter-filled make out session.

5 Pics & 1 Clip
Nude, butt, shirtless 00:02:30 Sam takes a shower while Ben takes a pee. We see some brief ass and a bit of pubes when Sam emerges from behind the shower curtain.